Peripheral Bronchoscopy with the SPiN System™

As lung cancer screening is more readily adopted, ways to diagnose and treat the disease at its earliest stage are more critical than ever before. The SPiN System™ is currently the only navigation platform that features a 3D map based on our Inspiration/Expiration CT Scan Protocol, the flexibility to seamlessly transition from navigated bronchoscopy to navigated TTNA in one procedure, Respiratory Gating technology to track moving nodules, and electromagnetic instrumentation that gives you access, visualization, and control.

Complications from bronchoscopy are rare and most often minor, but if they occur, may include breathing difficulty, vocal cord spasm, hoarseness, slight fever, vomiting, dizziness, bronchial spasm, infection, low blood oxygen, bleeding from biopsied site, or an allergic reaction to medications. Some patients may experience rare but more serious complications such as collapsed lung, respiratory failure, heart attack, and/or cardiac arrhythmia. 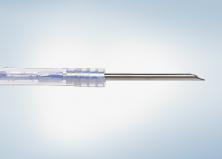 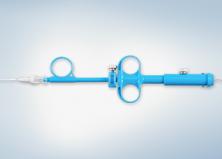